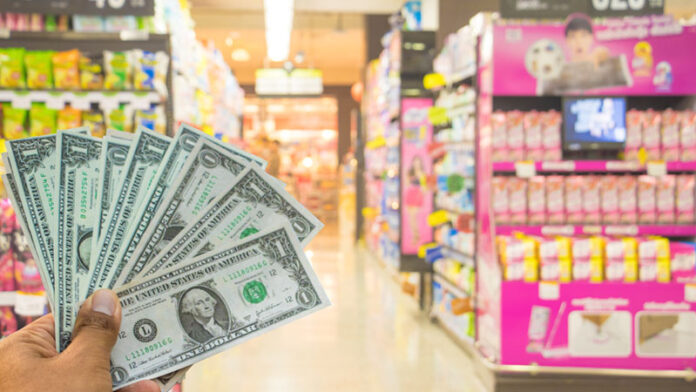 When you buy something at a dollar store, you’ll likely walk out having spent less than you would have elsewhere. You may have saved money, but you certainly won’t be saving anything else. Because they’re popping up on seemingly every corner, it’s hard not to drop in for a quick and cheap purchase—but unfortunately, we’ve come up with 5 environmental and ethical costs of shopping at dollar stores that aren’t listed on the price tag.

What are Dollar Stores?

Family Dollar, Dollar Tree and Dollar General are some of the big names in the world of dollar stores. Their main business ethos is pretty easy to understand: providing customers with convenience and affordability.

And they’re taking most of our cities by storm to do that.

In fact, as “America’s neighborhood general store,” Dollar General now has more than 17,000 locations in 46 states. They offer everything—beauty and health supplies, food and snacks, cleaning supplies, apparel, seasonal items, paper products, and housewares. They offer many of the same brands and products at other stores like drug stores and grocery stores, but do so at a cheaper price.

Dollar Tree isn’t far behind, with over 15,000 stores and a presence in 48 states. Family Dollar, owned by Dollar Tree, has 8,200 locations “near it’s fixed-, low- and middle-income customers in rural and urban areas.”

The Environmental and Ethical Costs of Shopping at Dollar Stores

When a new dollar store opens up down the street—which is happening more commonly—some people may welcome the opportunity to buy goods at prices lower than they would be found elsewhere.

However, while we may save a few dollars on some essential purchases, the fixed and low-income individuals these dollar stores supposedly are designed to support actually end up being harmed the most.

In the United States, there are now more dollar stores than all Starbucks and Walmart locations combined (Civil Eats). For anyone who has driven down a street recently, you’ll know that this means that the presence of these low priced retailers is astronomical, to say the least.

It also doesn’t take an urban planner or sociologist to realize that this could have a serious impact on other businesses, like the small mom-and-pop shops that many local communities have depended on for years.

Not only does a dollar store provide competition that’s hard to beat for local and smaller retailers, but it also doesn’t offer much by way of jobs. A typical dollar store only employs around eight or nine people, compared to nearly double that at a small grocery store. Even in a management position, jobs aren’t likely to pay more than around $40,000—and long hours and overtime aren’t compensated for.

Even if a resident doesn’t score a job there, at first glance, the opening of a dollar store in a food desert might come across as a good thing. Many big chain grocery stores tend to avoid low-income areas, but for stores like Dollar Tree and Dollar General, this is their main target customer base.

They specifically seek out rural towns that have less than 20,000 people and are roughly 15 to 20 miles away from a big-box store or grocery store. While Dollar Tree is catered to low- and middle-income shoppers, Family Dollar and Dollar General target low-income individuals in rural and urban areas.

In fact, at one point the chief merchandising officer for Dollar General claimed that cash strapped households earning less than $35,000 a year were the store’s “Best Friends Forever,” according to Bloomberg.

So, how do they support their friends in low income areas with little access to healthy food? With a selection of fresh fruits and vegetables and meat, right?

Their brightly-lit shelves are stocked with an abundance of unhealthy packaged food and the occasional processed meat or frozen meal, which are awful from an environmental and health perspective.

Low-income individuals are associated with chronic diseases like coronary heart disease, hypertension, diabetes, asthma, cancer, and more—making these the last types of food that an already-struggling community needs.

What’s worse, when a dollar store enters a community and provides its primary source of food, they not only cut out any of the more expensive competition, but they also further prevent a big chain grocery store that actually carries fresh produce and meat from establishing a store there.

And, while they sell in smaller quantities that have extremely affordable price tags, for many items—particularly food items—the price per weight is comparable or even more expensive than it might be elsewhere.

An analysis by The Washington Post found that the dollar bottle of milk at a dollar store equated to $8 for a full gallon, which even the most expensive organic grass-fed milk at Whole Foods doesn’t even cost.

So, customers aren’t only getting poor quality food, but they’re also getting ripped off under the guise of a store supposedly dedicated to “serving others” (Dollar General’s mission).

4. Dollar stores use a lot of packaging—and toxic products

Because a dollar store is able to shrink nearly any product and turn it into a cheap alternative that actually is more expensive than it would be if purchased in its full normal size, they use significantly more packaging than other companies.

The impact that packaging has on our planet doesn’t just come from how it’s disposed of, but also how it’s produced, manufactured, and transported. Packaging is associated with significant contamination of water, soil, air, and land, as well as the release of toxic chemicals as it breaks down—if it breaks down at all.

Not only does a smaller bottle of shampoo mean that a household will use significantly more bottles of shampoo over the span of a year but, if it’s from a dollar store, it likely contains toxic chemicals, too.

In a 2015 study by Campaign for Healthier Solutions, it was discovered that many of these discount stores have products that are known to contain toxic chemicals that can cause health and developmental issues as well as cancer and birth defects.

According to their work, out of 150 dollar store products that were tested, 81% contained at least one hazardous chemical at a level that was concerning for scientists. Not only are these toxins harming people, but they’re devastating our planet, too.

While many other retailers have made big strides in recent years to limit the amount of dangerous chemicals in their products, most dollar stores have done little, if anything at all, to do the same—even when the pandemic has brought them great success (read: enough capital to make much-needed improvements).

This brings us a problem our country is facing, and dollar stores like these certainly play a role in: environmental justice issues.

The individuals who see the bright yellow DG sign down the street and who rely on it for many of their essentials, are likely choosing between food and rent and struggling to meet their basic needs.

They’re getting taken advantage of by a company that’s posing to be there to support them.

Not only that, but these mostly low-income and BIPOC communities are in areas that are typically in close proximation to industry, and are commonly exposed to chemical hazards already—before bringing even more into their homes with purchases from dollar stores.

In 2021, Dollar Tree alone will open 600 new stores. How can consumers shop ethically and sustainably amidst this explosion?

For home products, clothing, books, and electronics, thrift stores provide a good alternative. Facebook Marketplace, Freecycle, and Craigslist are also a great way to save on nearly any product under the sun.

Many cities are also actively passing laws to prevent dollar stores from setting up shop. There have also been a range of petitions (like this one) started by local residents in many American communities.

What are your thoughts? Are dollar stores here to stay? Or are the ethical and environmental costs of dollar stores too pricey for people and our planet?

Natural Versus Organic: What’s the Difference?

Save Face (& the Planet) With 10 Top Natural Skincare Lines

The 50 Most Polluting Companies and Their Industries