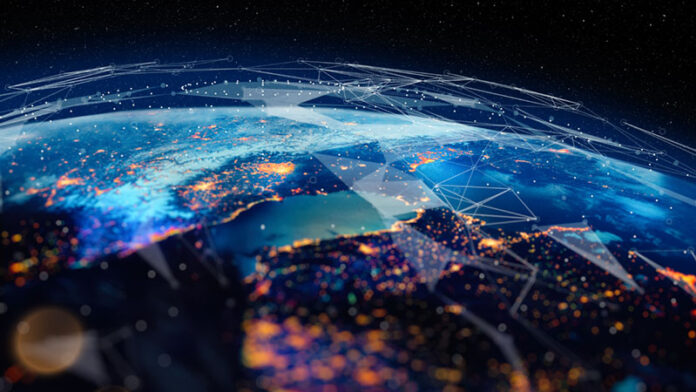 There’s been a buzz around Bitcoin for years, but many of us are starting to realize that, while it can help someone make a lot of green, the original form of cryptocurrency is anything but. For those of us who still want to invest, we can boost the amount that ends up in our pockets and support our planet. Here are some of the most eco-friendly cryptocurrencies to help us do exactly that.

Cryptocurrency and Our Climate

Ready to put your thinking cap on? Let’s take a look at how cryptocurrency is “made” and the effect it’s having on our planet.

Bitcoin, and other cryptocurrencies, rely on an underlying technology called blockchain. This is a public distributed ledger that records every transaction in chronological order. What makes cryptocurrency so unique (and decentralized) is the fact that the blockchain ledger can’t be altered or modified in any way. If you buy 0.5 Bitcoin from a seller, there’s no way it could be hacked or your purchase manipulated.

Blockchain does require a significant amount of electricity, particularly because each transaction is verified through a computer’s Proof of Work (POW) algorithm that is ‘extremely energy hungry.’ While this certainly has some negative impact on our environment, blockchain is being used to actually boost sustainability, particularly because it can ensure transparency for common goods like organic produce and coffee.

But it’s the creation of what goes into these ‘chains of blocks’ that’s the real problem.

Bitcoin and other cryptocurrencies need to be mined. This happens through a computer’s ability to solve complex mathematical problems, which requires a massive amount of energy—and often takes place in countries like China, where coal dominates as its top electricity source.

Every year, Bitcoin alone consumes as much energy as countries like Ukraine and Argentina. It also produced a tremendous amount of carbon dioxide, around 36.95 megatons—or what’s produced by New Zealand every year.

As if that’s not scary enough, some estimates predict that we could reach 2℃ of global warming from Bitcoin alone.

It’s clear that our planet needs something better.

Can Cryptocurrency Even Become Greener?

With price drops and stories of impressive wins for individuals around the world, cryptocurrency makes its way into the news quite often. Recently, headlines have been revolving around losses—especially those for our planet.

There’s a growing awareness that improvements need to be made so that cryptocurrency’s impact is smaller. Fortunately, many cryptocurrencies are already considering or adopting initiatives—which is why we’re seeing shipping container-looking mining modules that have their own solar power farm.

In addition to using more renewable energy, cryptocurrencies are developing energy-efficient protocols and using greener mining pools. Instead of POW algorithms, other, more sustainable alternatives are being developed and used. Many cryptocurrencies have also turned to carbon offsets to help lessen their impact.

In fact, a 2020 estimate by The University of Cambridge reported that Bitcoin’s network uses renewable energy for 39% of their power requirements.

Further, some of the biggest players (45, to be exact) in the world have shown support for the Crypto Climate Accord, an effort to shift the entire crypto industry—including blockchains—to 100% renewable energy by 2025. 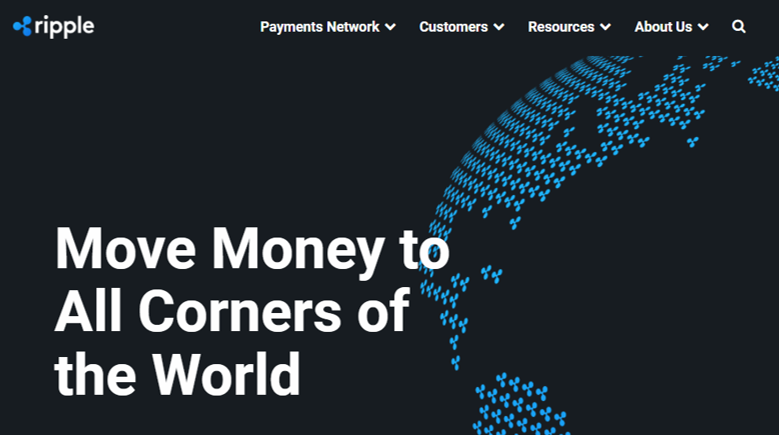 Ripple (XRP) is one of the most popular cryptocurrencies, and it’s also playing a key role in paving the way towards a sustainable future. Not only have they decarbonized some of their blockchains (and in fact were the first major global blockchain to do so), but they’ve also pledged to achieve net zero carbon by 2030—or sooner.

Their energy demands are far lower than that of Bitcoin. At just 0.0079 kWh, they’re 90,000 times more eco-friendly than the crypto giant.

Additionally, they’ve joined the Crypto Climate Accord and have a tool that allows users to calculate the energy consumption required for not just crypto, but also cash and credit cards. 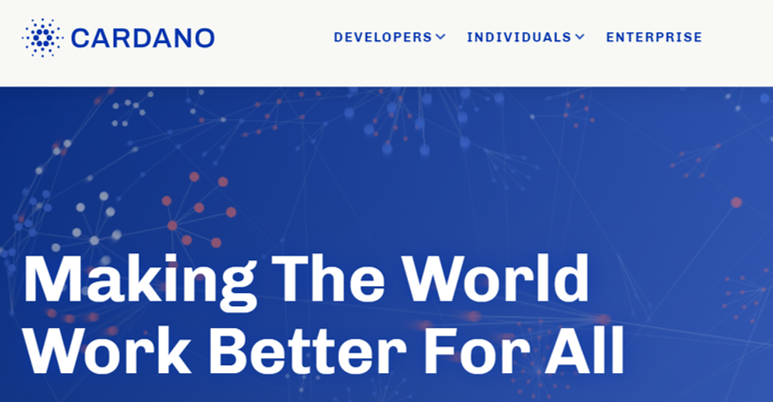 Unlike many other mined cryptocurrency, Cardano (ADA) just requires a single miner for each transaction and an eco-friendly Proof of Stake (POS) model—something Ethereum (who has the same founder) also switched to on December 1, 2020 to make their cryptocurrency greener.

Cardano was also founded to bring about change to individuals and communities, working to put power in the hands of innovators, visionaries, and changemakers.

Making changes themselves, they use 6 gigawatts (or two average power plants) per year, as opposed to the 115,850 gigawatts required for Bitcoin. Some of theirs also comes from renewable energy, making their impact roughly equal to physical fiat cash.

As the name suggests, SolarCoin (SLR) is working towards a solar-powered plant. Instead of buying this cryptocurrency, it can be yours as a reward—if you install solar power. It can still be traded like any other cryptocurrency and is decentralized.

For every megawatt generated from solar technology, 1 SolarCoin is created. 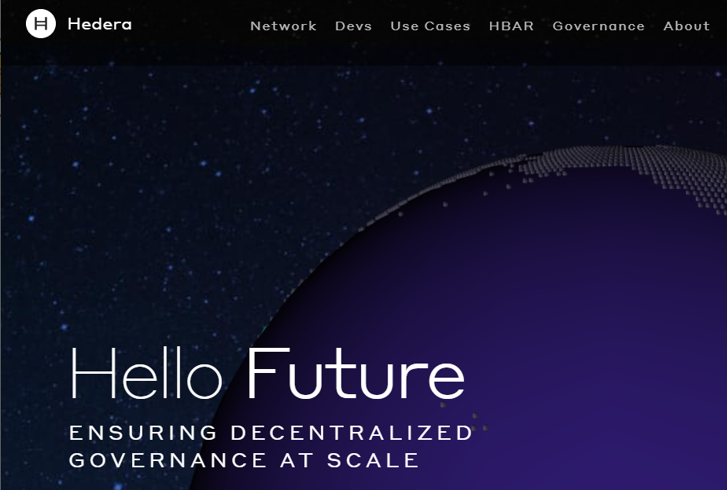 Hedera Hashgraph (HBAR) keeps their environmental impact down by using no-mining technology, while still providing quick transactions. They’re owned and governed by big names like Boeing, IBM,and Google, and this cryptocurrency is on the rise—reaching far more transactions per day than other cryptocurrencies like Bitcoin and Ethereum.

As a member of the InterWork Alliance’s (IWA) Sustainability Business Working Group, Hedera’s efforts are all centered around sustainability. Not only do they use carbon offsets, but they’re also working towards traceable carbon emissions.

Speaking of carbon emissions, per transaction they just use 0.00017 kWh. 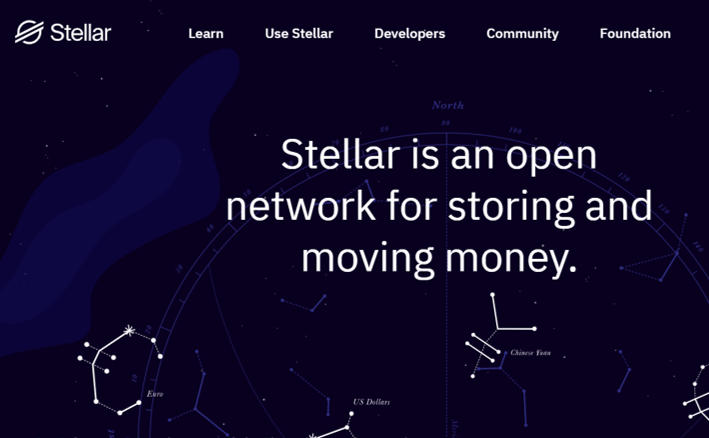 With initial ties with Ripple, Stellar (XLM) got its start in 2014 and wanted to be a bridge between traditional banking and digital currency. It’s operated by a non-profit organization (the Stellar Development Foundation), which has financial backing from the likes of Google and BlackRock.

Their efficient blockchain-based distribution ledger means a lower carbon footprint. They use Consensus Protocol to authenticate transactions, which also requires less energy than other models. 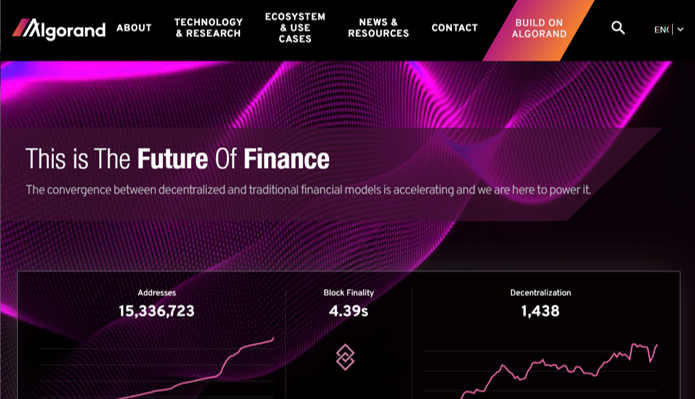 Designed to be the “most efficient and greenest blockchain available,” Algorand became carbon-neutral in 2021. By partnering with ClimateTrade, a firm dedicated to CO2 emissions transparency and traceability, Algorand offsets their own emissions.

They were also the first to use POS blockchain—the model that allows others like Cardano to keep their footprint down. 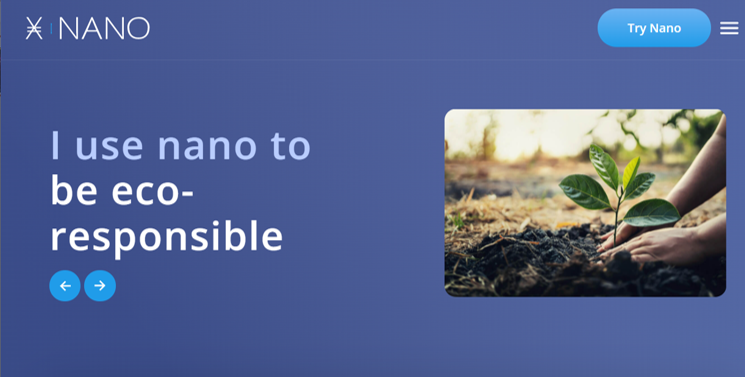 Nano is currently the leader when it comes to the lowest energy footprint. Compared to Bitcoin’s single transaction requirements of 707.6 kWh of electricity, Nano uses just 0.000112 kWh. How is this possible? They don’t rely on minting, mining, or printing.

They use an efficient mechanism called Opean Representative Voting (ORV) which puts the owner in control of modifying the blockchain, and doesn’t require mining.

Final Thoughts on the Most Eco-Friendly Cryptocurrencies

We’re seeing cryptocurrency accepted at more and more places—like Home Depot, Starbucks, Etsy, and Whole Foods, to name just a few. In the United States, more than 21.2 million of us (roughly 14% of the population) currently own cryptocurrency. Research has found that it’s likely that a total of 50 million of us will own crypto by the end of 2021.

It’s clear that cryptocurrency here to stay, so we’re hoping to see it get much, much greener as time goes on.

16 Experience Gifts: Because Memories Are Better Than Material Things