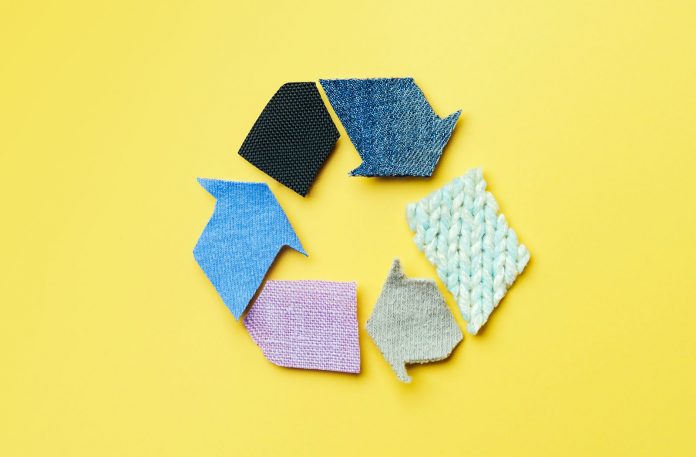 You’re making a statement no matter what you wear, so what are your clothes saying about your stance on the environment?

It’s no secret that fast fashion is bad for the planet. The clothing industry is the second-largest polluter in the world, and 20% of all water pollution comes from treating and dyeing textiles. Just under a quarter of all chemicals produced worldwide are used for manufacturing fabrics, and new clothing production accounts for as much as 10% of total greenhouse gas emissions.

Worst of all, the majority of clothing is going to waste. Today, the average garment is owned for only three years before getting thrown away. This is due in part to ever-changing fashion preferences, but also because of shoddy manufacturing techniques that mean apparel falls apart faster than it used to.

You can do your part to reverse the trend of relying on flimsy fabrics by choosing to make clothing purchases with environmental sustainability in mind.

Let’s not avoid the truth—there is no perfect fabric from a sustainability perspective. Here’s a closer look at the environmental impacts for five popular fabrics.

Cotton is often considered the industry standard for comfy, breathable clothing. It’s easy to assume this lightweight fabric is easy on the environment, but the reality is that it’s a top polluter that requires more than a third of a pound of pesticides for every t-shirt produced.

Growing cotton also requires an irresponsible amount of fresh water for irrigation. It takes over 10,000 liters to produce just one kilogram of raw material—and that’s before accounting for the manufacturing process.

Organic cotton offers a more sustainable alternative, but this certification doesn’t always tell you much about your product’s real ecological footprint. That’s because this crop is notoriously difficult to grow without interventions, and organic standards are lax enough that farmers can use many naturally occurring fertilizers and pesticides that are still toxic to water systems and surrounding species.

Likewise, organic cotton offers a lower yield per acre (primarily because it isn’t a GMO crop), which means that more land and resources need to be devoted to its production.

Is silk a better choice? Long considered the ‘queen of textiles,’ silk is a naturally hypoallergenic fabric that’s deemed to have a relatively low impact on the environment.

After all, silkworms feast on mulberry leaves, which typically grow without pesticides and herbicides. The final product easily absorbs natural dyes and breaks down without problem at the end of its life cycle.

However, many people find the silk manufacturing process objectionable from an animal rights standpoint. Silkworms have been domesticated to the point that they have lost their ability to fly, see, and even survive without people. They are boiled alive after building their cocoons so that the silken threads can be more easily harvested.

Some manufacturers are addressing this problem with “peace silk,” which comes from harvesting the cocoons from wild silkworms after they have been abandoned. Lower supplies and higher production costs make this a far more expensive fabric, though.

Fast-growing, naturally resistant to pests, and well-suited to a variety of growing conditions, bamboo is making big strides in the sustainable fabric industry today. Another advantage is that bamboo is rarely impacted by clear-cutting for harvesting, as new shoots will continue to pop up from the same root system.

One big concern with bamboo textiles is that it is difficult to assess their quality. Most of the world’s commercially grown bamboo comes from China, and there are few environmental regulations associated with it. This means that large swaths of natural forests are cut down for its cultivation, and farmers often load up the crop with synthetic fertilizers to further boost their harvests.

There are also problems from a production standpoint. It takes a lot of lye and other harsh chemicals to render bamboo fibers soft enough to turn into a fabric, and many can cause health problems for both people and the environment.

Wool has been a fashion choice for over 10,000 years, and today remains one of the most sustainable fabrics available. Sheep often graze on pastures not suitable for other types of agriculture, and their wool is a renewable, biodegradable material that tends to last decades longer than other natural fibers.

However, mounting pressure to increase production has negatively affected the sustainability of the wool industry. Commercial flocks of sheep are often raised under intense space constraints, which makes them more susceptible to disease, mites, and fleas. Copious amounts of pesticides are sprayed on sheep to control these outbreaks, which often run into nearby water systems where they affect fish and amphibians.

Making matters worse, conventional wool is often processed with harsh chemical agents like bleach and formaldehyde that can both irritate your skin and pollute local water systems.

You can avoid most of these problems by buying organic, ethically sourced wool instead.

Hemp is having its day as a sustainable fabric option. Considered one of the world’s most durable natural fibers, hemp is three times stronger than cotton and has long been valued for producing industrial-strength materials. In fact, an estimated 80% of cloth in the United States contained at least some hemp prior to 1920.

The news gets better. Hemp is a hardy plant that can grow almost anywhere, and it requires minimal inputs to thrive. The plant even offers some environmental benefits, as its long taproot secures soil to reduce erosion and improve a region’s water retention rates.

Perhaps the biggest drawback to this fiber is that it doesn’t lend itself to the softest fabrics. Unless it’s blended with cotton and treated with chemical anti-wrinkle agents, hemp tends to be on the scratchy side and the fibers will “bunch up” in fabrics.

Here’s the reality. No matter what fabric you choose, your purchase is going to have a negative effect on the planet. The best way to reduce your apparel’s environmental impact is to limit your clothes shopping and to buy used as much as possible.

Spending time scouring the thrift store racks means the clothing you purchase has already paid its environmental cost at production, and that you’re also keeping it out of the landfills for a few more years.

Americans throw away an average of 13 million tons of clothing each year, most of which will still be there in hundreds, maybe even thousands of years. Cutting yourself out of the fast fashion equation helps ensure your posterity won’t have to deal with last season’s pants centuries down the road.

Online shopping enthusiasts can also take part in the used clothing movement. Consider switching your eCommerce activity over to virtual thrift stores like Poshmark and ThredUp. Both sites let you buy used clothing from sellers around the world, and they also offer a way to make some money by giving your unwanted clothes new life in someone else’s closet. For more online thrifting options, be sure to check out our article covering the 8 Best Online Thrift Stores here.

So here’s a summary; the best way to be sustainable about your fabric choices is to stop buying new clothing altogether.

When you must browse the racks, look for products that are certified organic, and invest in quality pieces made from wool, hemp, and bamboo when possible. And while organic cotton is better than conventional, it’s still far from an ideal choice from an environmental standpoint. You’ll do better to seek out one of the other four options in this article instead.

The Sustainability Benefits of Gardening

What is “Zero Waste” Anyway?