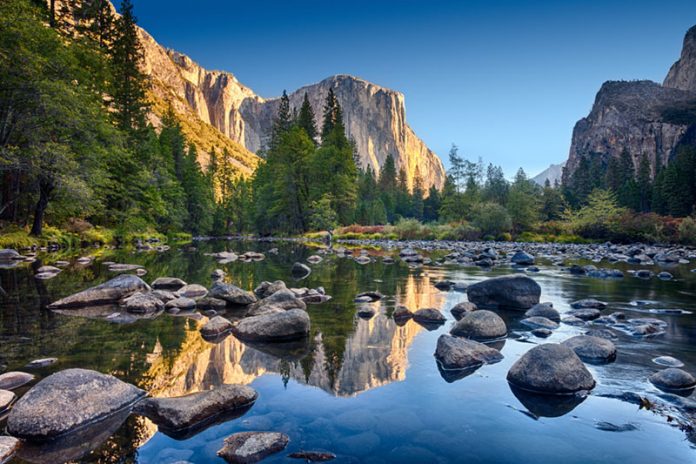 In most areas of the United States, we enjoy an artificial abundance of water. Rarely do we think twice about that extra long shower, watering the garden, or leaving the tap on while brushing our teeth. Simply put, reducing personal water usage hasn’t really been a priority for most of us.

And why would it be? According to Global Citizen, the US ranks in the top ten for the most water secure countries. For many of us, it isn’t difficult to access clean water. Unfortunately, we’re in the minority when it comes to H2O that’s easily accessible.

For this reason—and the increasing stressors of climate change—reducing personal water usage is more important than ever before. We’ll elaborate more on the “why” before we provide 6 tips for slowing the flow.

Water May Be The Real Liquid Gold

The term “liquid gold” is typically used to describe oil. But in fact, it’s important to remember that water is our most precious liquid—and one that’s finite. The water we bathe in today is the same water dinosaurs splashed around in millions of years ago.

When we think about our finite water supply, it may seem like we have more than enough to keep us all hydrated… but there are a few more complications to consider here:

When we look to the future, there are a lot of concerns about water. Demand will continue to rise as the population grows and as our manufacturing and electricity generation requirements increase.

In 2019, nearly two billion people—around one-quarter of the world’s population—were reported to be in areas with “extremely high” levels of water stress, according to the World Resources Institute.

The consequences of water scarcity could be food insecurity, financial instability, migration, or worse. In fact, conflicts associated with water shortages have been predicted to be the cause of a third world war.

When we consider the impacts of a changing climate, like increased periods of drought and extreme heat, we realize that it isn’t just the water scarce countries at risk—the impacts of less water will be felt everywhere.

According to a study published in 2019, the US may be in the throes of widespread water shortages within the next few decades. Areas in the South, Midwest, Southwest, Great Plains, the central Rocky Mountain States and California will have less water due to increasing temperatures as well as population and economic growth.

While this isn’t the most uplifting information, the fact that even small changes can have a positive impact is. With that, here are our tips for reducing personal water usage.

This is the easiest, most common-sense solution, but it may also have the greatest impact.

We turn on a tap to brush our teeth and in the minutes that follow (while we’re busy thinking about work, kids, etc.), we may waste several gallons of water. On average, every minute the tap is on, about two gallons of water flow out.

So, you should turn off your water while brushing your teeth, while hand-washing dishes, and while scrubbing your hands. In the hot summer months, keep a pitcher of water in the refrigerator so that you don’t have to let the water run to cool it down.

Also, unless you’re great at taking really short showers, you’d save water by taking a bath instead (but only fill the tub half-way). Or, possibly consider that you’d be better off bathing less—Harvard University reported that there are no health benefits to bathing daily, and in fact your daily showering routine may lead to health issues and skin problems.

No, we don’t mean drink less water, but we do mean that you should drink less of some of the beverages that require a lot of water to produce—and we’re talking about the drinks that we should all be drinking less of anyway: soda.

It takes about 35 liters of water to make every half-liter of Coca Cola. While they claim to “give back every drop taken,” they do the bare minimum and purchase offsets to cover just a small percentage of their water footprint.

The company (along with others in the sugar-sweetened beverage industry) has been under fire for decades for their thirst and the impact it has had on local water supplies.

If you’ve been looking for another reason to ditch unhealthy beverages, this is it! As ironic as it might sound, drinking more water is a solution for reducing personal water usage—just be sure to use a reusable water bottle.

It’s no secret that eating less meat has some benefits for our environment. In one of our earlier articles, we discovered that agriculture sucks up 92% of our water use—with animals accounting for a significant portion of that.

That 8 oz steak on your plate? It required more than 1,200 gallons of water to end up there. An alternative protein source, like tofu, only requires 61 gallons.

Ready for an at-home science experiment? Add a few drops of food coloring to your toilet tank. Don’t flush, but wait to see if any of the color appears in the toilet. If so, you’ve got a leak—which could mean that the toilet is wasting more than 200 gallons of water every single day.

Even if your toilet isn’t leaking, it’s still still the biggest source of indoor water use—accounting for about 24% of total household use. While new toilets have been steadily using less water, there’s always room for improvement (especially if you have an older model).

Check the EPA’s WaterSense website to see how much you can save on an eco-friendly toilet. Some sinks and showerheads are also included!

Also, a typical shower produces about five to ten gallons of water every single minute. That number can be reduced in an easy and affordable way with the installation of a water-saving shower head.

6. Wash With Full Loads Only

That said, make sure your machines are full before you run them, and try to minimize how much you do so.

One of the best ways to make reductions in your water impact is to first know your water impact! We recommend checking out the Water Footprint Calculator to find your indoor and outdoor water footprint, as well as your “virtual water” footprint, which includes your home goods and food purchases.

Then, we’d love to know if you have any other tips for minimizing our water impact. We can all do so much better!

How to Live a More Self-Sufficient Lifestyle: 8 Tips for Anyone

Why Voting is Important for Climate Change

Dining Out Sustainably: Ask for the Check, Not Climate Change