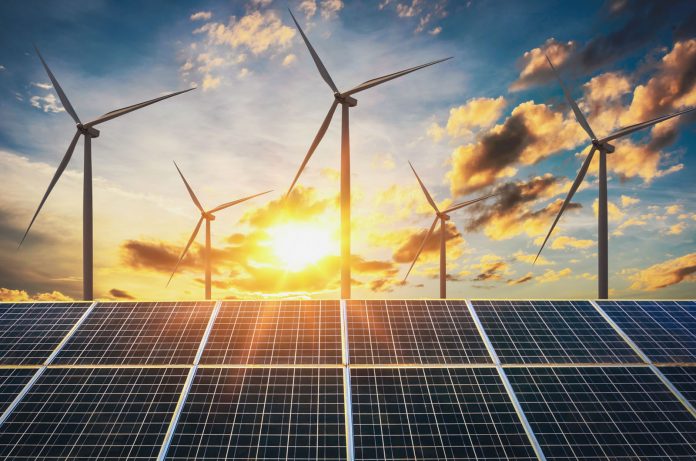 When it comes to energy, a lot of terms get thrown around that have the word “clean” in them. While clean coal certainly isn’t a reality we’ll see anytime soon, clean energy is. In fact, clean energy is quickly becoming an alternative to fossil fuels.

In this article we’ll take a look at dirty energy, discuss some clean energy alternatives, and consider the role they’ll play in our future.

Why Clean Energy? What Exactly is Dirty Energy?

The burning of fossil fuels contributes to roughly 75% of the United States’ greenhouse gas emissions—and about half of these come from burning petroleum fuels.

Interestingly, using clean energy isn’t exactly a new thing. Take wind for instance, which has been used for powering windmills just like the sun has been used as a natural heat source. However, over the past 500 of years, our energy sources have begun to come from dirtier sources, like the following:

In 2019, we used about 7.5 billion barrels of petroleum, most of which comes to us in the form of crude oil. We import this crude oil from 90 different countries, including Canada, Mexico, Saudi Arabia, Russia, and Columbia.

We also produce our own. In fact, in the U.S. is one of the largest producers in the world, and most of our petroleum comes from Texas, North Dakota, New Mexico, Oklahoma, and Colorado, along with some coastal areas.

While petroleum is responsible for a lot of greenhouse gas emissions, most of the emissions from our electricity sector come from other dirty energy sources—like natural gas and coal.

While natural gas was considered a “cleaner” alternative to petroleum, it’s also a finite resource. Around the 2008 Global Financial Crisis, natural gas took center stage as the top way to power the United States—because of fracking, it was both plentiful and affordable.

However, while the country promoted the use of natural gas while it was abundant in the country, now a lot of it has to be imported from countries like Qatar, Iran, and Russia.

Additionally, given that several states have implemented mandates that mean they’ll reach 100% renewable energy by 2050, the demand is also going down. Once America’s top power source in 2016, now it appears that we’ve reached “peak gas” and will continue to see a decline in the use of natural gas.

If current trends continue, by 2030, natural gas will no longer be the top way to power our country.

Coal is considered to be the dirtiest energy source, responsible for nearly two times as many CO2 emissions as natural gas. Unfortunately, it’s likely that we’ll continue to see coal burned for years to come, as it’s currently the second-largest energy source.

Just behind China, the United States is the largest producer of coal and we produced about 706 million tons of coal in 2019.

However, this number is on decline—mostly because of the lower cost of natural gas and increases in renewable energy. In fact, between 2015 and 2018, four of the biggest coal companies declared bankruptcy and in 2018, coal consumption was the lowest it’s been for almost four decades.

Perhaps surprisingly, the U.S. has the most shale resources in the world—with as much as 1.8 trillion barrels of shale oil located underneath Utah, Wyoming, and Colorado—with much more in Texas and areas of the Appalachian region.

This sedimentary rock contains petroleum, which can only be extracted through the difficult process of fracking. However, shale oil is increasingly becoming a popular way to extract natural gas.

Clean energy, or renewable energy, comes from natural resources that are virtually inexhaustible. Unlike coal or oil (i.e. nonrenewable sources of energy), these don’t come from finite resources that take thousands of years to replenish.

These are the common types of clean energy, listed in order of how much they contribute to our country’s energy generation:

If you think back to your middle school science class, you may remember that because the surface of the earth is uneven, it absorbs heat from the sun at different rates. This is what causes the daily wind cycle.

Over the past 30 years, we’ve truly begun to realize how this natural process can help with electricity. In 2019, electricity generated by wind turbines reached about 7.3% of our total energy—an amount that’s skyrocketed in the past couple of decades.

Wind turbines may visually affect the landscape, and some have been responsible for the deaths of birds and bats. While they do require fossil fuels in order to produce the materials in the equipment, they do not release emissions and are likely to become even more of a contributor to our energy sector.

Hydropower is one of the oldest sources of energy for electricity and has been one of the most popular sources of renewable energy in the U.S. (until it was surpassed by wind in 2019). In 2019, it accounted for about 6.6% of US electricity generation.

Hydropower works by capturing the energy found in moving water. Power plants are currently located on or close to a water source and use turbines, dams, or pumps to generate power. Right now, there are about 1,500 hydropower plants in the U.S., most of which are located at large dams on major rivers.

Biomass is a renewable energy that comes from plants and animals. While it only contributes to about 5% of our energy use, it’s a popular way to generate electricity in many developing countries.

The most common type of biomass energy is ethanol, which is used as a vehicle fuel. Biogas or biomethane (produced using an anaerobic digester) can be used just like natural gas as an energy source.

Like many of these other types of clean energy, solar power has been used for thousands of areas for warmth, cooking, and heating water.

Solar photovoltaic (PV) devices have become more popular in recent years, especially when it comes to producing electricity. As one of the most environmentally-friendly sources of power, solar energy systems don’t produce CO2 or pollutants, nor do they have a significant negative effect on the environment.

However, they are dependent on constant amounts of sunlight. Additionally, they require a large surface area in order to collect a significant amount of energy. What’s more, energy is mostly needed at night when it’s dark and people are in their homes. This is obviously when solar is the least productive requiring advanced battery systems to make solar workable for most use cases.

Challenges aside, we can expect to see more solar energy in the future. We’ve come a long way in recent decades and, according to one Harvard study, we could see a 700% increase in solar power generation by 2050.

In fact, solar energy is becoming cheaper and cheaper as time goes on thanks to technological advancements, improvements in manufacturing, and economies of scale. Check out this Popular Mechanics article about how solar is the cheapest electricity in history.

The word geothermal is made up of the Greek words for earth (geo) and heat (therme). Heat is continuously being produced in the earth’s core, making it a steady and renewable energy source.

In fact, the core of the earth is just as hot as the surface of the sun, approximately 10,800℉. Even ten feet below ground provides a constant temperature (between 50℉ and 60℉) that can be used to heat and cool buildings in the winter and summer.

The pumps used to keep buildings (homes, offices, schools, hospitals, etc.) at a comfortable temperature are “the most energy-efficient, environmentally clean, and cost-effective systems,” according to the US Environmental Protection Agency (EPA).

Geothermal power plants are responsible for 99% less carbon dioxide emissions than fossil fuel power plants. By the middle of the century, we could see these plants powering 10% of our country’s electricity.

For decades, scientists have been predicting when we’d reach “peak oil,” a time at which the production of oil would reach its highest peak before beginning to decline. While it hasn’t happened just yet, the demand for oil may have begun its peak.

As we’ve learned, solar is now cheaper than coal and natural gas—especially in sunny areas of the U.S. In areas like the Midwest and Great Plains, wind power is now the most economical choice.

In addition to clean energy becoming the economical choice, it’s also increasingly becoming the political choice. States like New York and California have specific plans in place to get most—or all—of their energy from renewables in the coming decades.

And we’re already seeing national consumption shift towards renewable, clean energy. In 2023, it’s expected that more than 53 gigawatts of power from clean energy will be produced in the United States—nearly twice the power of natural gas.

Ultimately, we can expect a brighter future for renewable energy in America.

Dining Out Sustainably: Ask for the Check, Not Climate Change

The Truth About Carbon Emissions

How to Live a More Self-Sufficient Lifestyle: 8 Tips for Anyone