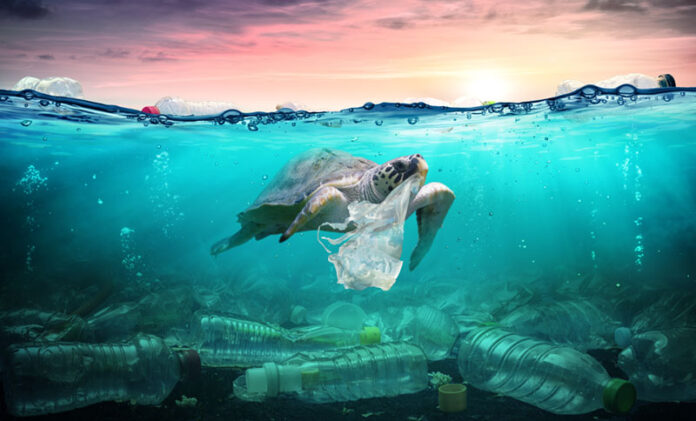 We all learned them, the three R’s: reduce, reuse, recycle. For many of us, recycling has been like a get-out-of-jail-free card, a way to “responsibly” turn one plastic bottle into another. But that’s not always how recycling works, nor are we that responsible when it comes to how we do it. When it comes to the truth about plastic recycling, it’s relatively simple—it’s not working.

Truth #1: Recycling is Considered a Commodity

For many years, recycling was the “green” thing that most of us were doing. We tossed a plastic container in the blue bin and never thought twice about it. However, in recent years, more of us have been talking about recycling—and for all the wrong reasons.

This starts with us realizing that our recycled materials are considered a commodity, just like milk, clothes, coffee, and water, recyclables have market value and can be bought or sold.

In every municipality, either the city’s own waste collection or a waste contractor will collect recyclables and transfer them to what’s known as a MRF (material recovery facility). Here, the recyclable items are separated from solid waste and into different categories (like the various numbers of plastics, cardboard, paper, steel and tin, and aluminum cans).

While items like aluminum cans can be recycled infinitely, many plastic products can only be recycled once or twice—if at all. Because this is tied into a market-based system, buyers set a price per ton for recyclable materials, typically higher for products that can be recycled several times.

This is also why some recycling facilities won’t accept certain plastics, simply because they’re worthless. In fact, a ton of plastics like #3-7 might not get any money at all, and could be sent directly from the MRF to a landfill or incinerator.

In theory, recycling should make facilities money—but in reality, it’s actually costing money. MRFs have to either store an abundance of unsellable material, or they have to pay to send it to landfill.

This is because over the past couple of years, some of our biggest buyers are no longer willing to pay big bucks for our trash—which has made the problem significantly worse, and more apparent to the average consumer.

Truth #2: Recycling is NOT Someone Else’s Problem

We may think that our local recycling facility turns an empty Coca-Cola bottle into a new one right down the street, but in fact each piece of recycled material likely undergoes a far greater journey before ending up as a “new” product.

For nearly two decades, 70% of our recyclables were sent (sold) to China, as they were desperately in need of raw materials. Because of all of the production that takes place there, they were more willing to accept our least valuable materials, as well as those that were contaminated—and had the cheap labor and lax environmental controls to process it.

Over time, because they began producing more recyclables themselves, and because we continued to send more and more contaminated materials, nearly 30% of the mixed recyclables weren’t able to be recycled. This meant that up to 1.5 million tons of plastic contaminated the waters off of China’s coast every year. 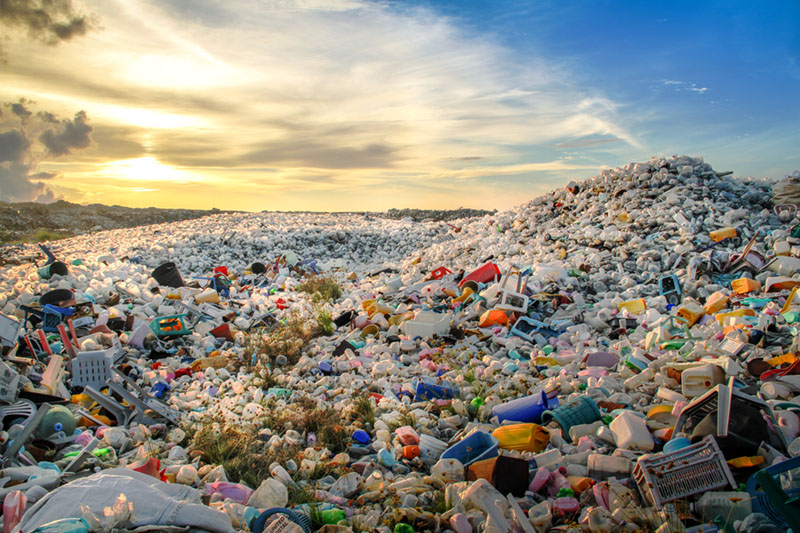 While our temporary ‘out of sight, out of mind’ mentality meant that recycling wasn’t constantly in the news, we woke up from our pleasant plastic recycling dreams in 2018.

In January of that year, the country’s “National Sword” policy banned the import of many recycled materials—but mostly plastics. Previous to this ruling, nearly half of the total global recycled waste was processed in China, so it was a decision that overwhelmed many countries, but particularly the U.S., the top producer of plastic waste globally.

Since then, America’s plastic waste has been sent to Vietnam, Malaysia, Thailand, Cambodia, Bangladesh, Kenya, Senegal, Ghana, Laos, and Ethiopia, sending more than a million metric tons a year to countries that are overwhelmed—and mismanage 70% of their own produced plastic waste.

This has been so problematic that as of January 1, 2021, 187 countries joined to make amendments to the 1989 Basel Convention to prohibit sending hard-to-recycle plastic waste to developing countries.

In the U.S. (where we were one of the few countries that did not ratify these amendments), we are somewhat abiding, but still send our plastic waste to Canada, Mexico, Costa Rica, Malaysia, and the Philippines.

Truth #3: Consumers Should Take Some of the Blame…

While there seems to be a global effort to curb our plastics crisis, we can partly look at ourselves as the reason. Many of us are unfamiliar with how recycling works, sending everything from kitchen sinks to ink cartridges to greasy pizza boxes to be recycled.

This is known as wishcycling, when non-recyclables are sent to recycling facilities.

Not only does this potentially damage the sorting machine and require the MRF to spend more time sorting and properly dealing with materials, but it also has the potential to contaminate items that would otherwise be perfectly recycled. Simply put, it can create more waste.

Proper recycling means realizing that the chasing arrows and number on a product does not mean that a product will be recycled. And for this misinformation, manufacturers are to blame.

Truth #4: …But We Need to Put Pressure on Manufacturers

Even before China’s recycling ban, the global recycling rate of plastic is embarrassing, at just 9%. While we’re quick to look at consumers and countries around the globe, perhaps most blame should be placed on those who created the problem in the first place.

Let’s go back to the 1940’s, when there was an explosion of disposable and throw-away products. Many manufacturers realized that the fastest way to increase profits would be to introduce single-use plastics.

Then in the 1970’s, with the world’s first Earth Day and growing awareness about environmental problems, we started to consider how our disposable society was also throwing our planet in the garbage. To combat growing concerns, the plastics (oil) industry began a misinformation campaign that is still going on today.

While our plastic waste is considered a “commodity,” the industry never knew it would work as such. Yet they put that deceptive recycling symbol on nearly everything under the sun, and then began shifting the focus to consumers.

We may think that all items will be recycled, and by simply picking up that plastic cap or putting our recycling at the curb every Tuesday, we’re doing our part to protect the planet. In reality, most items—especially plastic—are extremely expensive to sort, melt, and process into new material. Plus, they constantly degrade, meaning each time they become more worthless.

Many recycling ads of the 1990s were funded by companies like DuPont, Dow, Chevron, and Exxon. Joining the hype, companies like Coca-Cola and the Dixie Cup Company came together to form Keep America Beautiful, once again shifting responsibility to litter (and by default, consumers).

As consumers, we know we’re not the only ones to blame. But we can play a role in making things better. 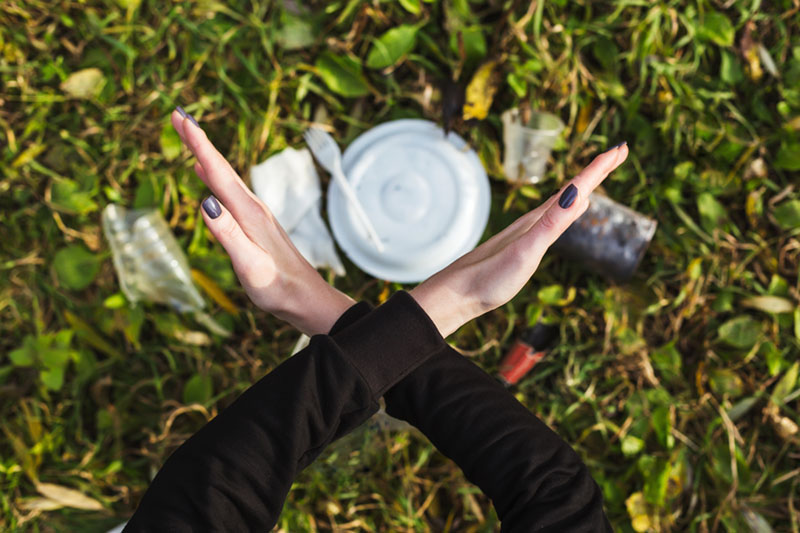 The Truth About Plastic Recycling: Where To Now?

Let’s go back to those 3 R’s, but add a few: refuse and reduce. ‘Recycle’ still comes in last, and it should. We know that recycling isn’t our best bet for “saving the earth,” nor is it a get out of jail free card. Until better systems are in place, we should do away with the term “recycling,” and just consider it as consumption and waste.

This is why seeking out sustainable alternatives to plastic is absolutely essential. It’s also why we should know our local recycling systems, including what can and cannot be recycled. Ultimately, we can make things better—and our planet needs us to.

How to Be Sustainable During the Holidays