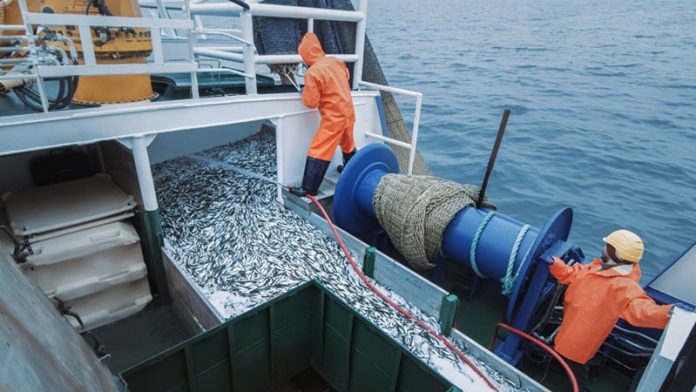 With the release of the Netflix documentary Seaspiracy, many of us are now aware that our fish consumption may not be as sustainable as we once thought it was. Thanks to shortcomings in certification systems like that from the Marine Stewardship Council (MSC) and illegal fishing, our oceans are being depleted at rates that are cause for concern, and fish populations and ecosystems are being damaged in the process.

Let’s take a look at some of these environmental drawbacks of eating seafood.

Overfishing occurs when we fish a certain species at a rate that makes it impossible for reproduction to replenish the population. This can either occur by catching only adults, leaving young fish unable to reproduce, or it can be the result of overfishing a certain species that has an impact on other types of fish down the food chain.

Ultimately, it’s also the result of a world where our consumption of fish is on the rise.

Due to factors like increases in population size and income level, per capita fish consumption has grown from 9 kg in 1961 to more than 20 kg in 2015. This is expected to continue growing at a rate that is higher than the growth of meat consumption of all land-based animals combined.

Perhaps not surprisingly, we’ve over-fished around 30% of fish stocks. And more than 60% are close behind at being fully fished.

While we often don’t think of bycatch when we think of overfishing, it has a significant role to play in it.

Studies have indicated that more than 40% of the fish species that are caught are bycatch.

Bycatch, for those who aren’t familiar, is a non-target species that is inadvertently fished. Because they cannot be used for commercial purposes, these sea turtles, sharks, whales, seabirds, and other marine animals are typically either injured or killed before being discarded back into the ocean.

Thanks to the extremely destructive practice of bottom trawling, we’re able to catch many sand dwelling animals like crabs and shrimp, but unfortunately we’re also destroying marine ecosystems and the oceans ability to capture carbon.

While it isn’t often recognized as such, the ocean plays a very significant role in carbon sequestration. In fact, many of the aquatic species that live in the ocean, like phytoplankton, are excellent at removing and storing carbon dioxide from our atmosphere, absorbing more than four times as much as the Amazon rainforest!

When we perform trawling, we’re not only degrading habitats for aquatic species, but we’re also minimizing the ability of these areas to absorb carbon dioxide. In fact, it’s been shown that bottom trawling has the same environmental impact from an emissions standpoint as the entire airline industry or the country of Japan.

While we often think of plastic bags and plastic straws floating around in our oceans, they pale in comparison to discarded fishing materials like nets, buoys, and crates.

These have been demonstrated to make up around 46% of ocean plastics, or the equivalent of more than 55,000 double-decker buses.

Not only does this contribute to ocean gyres like the Great Pacific Garbage Patch, but it also poses a threat to aquatic animals that may become entangled in nets or accidentally ingest their microplastics.

It’s been found that in America, if we’re eating wild-caught fish, around 32% of that was probably caught illegally.

Illegal fishing operations not only undermine marine ecosystems and healthy fish populations, but they also are associated with a range of social concerns like human rights abuses, forced labor, and even modern day slavery.

Aquaculture is the process of cultivating fish for human consumption through a farming operation. These vary from operation to operation and include both closed and open systems. Essentially, an aquaculture system uses a large cage in the ocean where fish are fed and then captured for processing.

Like with wild-caught fishing, aquaculture has very little regulation—which gives way to a lot of environmental concerns.

One of the most significant concerns with aquaculture systems is pollution through a process called eutrophication, whereby animal waste increases the nutrient content in a body of water, possibly contributing to the growth of dangerous algal blooms or rendering it inhabitable for some species.

Additionally, fish waste has been shown to contain pesticides and antibiotics, which also pollute the water making it dangerous for recreational use and drinking.

While oftentimes aquaculture is positioned as an eco-friendly alternative to traditional fishing, there’s one big problem: they often eat wild-caught species!

In fact, it’s been estimated that up to a quarter of wild-caught fish go directly into the mouths of farmed-fish as fishmeal (and 90% of this could be directly used for human consumption instead).

According to another estimate, 1.5 kg of wild-fish must be used to produce 1 kg of farmed fish. Not only is this an inefficient use of resources, but even when crops are used instead, it also alters food webs and brings about additional risk for pollution from fertilizers, herbicides, and pesticides.

Parasites often found in fish farming operations can contribute to disease, which can then spread amongst the farmed fish and even outside into wild fish populations.

This may decimate an entire population of farmed fish and, given the confined conditions in which they live, farmed fish are already an increased susceptibility for disease.

While practices like changing diets, providing vaccines, supplementing food with probiotics, or limiting the density of the farmed fish can be used to decrease risk, antibiotics are also used as a last resort.

While antibiotic use has decreased in fish farming, it has been shown to contribute to antibiotic resistance in humans, in addition to polluting ocean environments.

If a farm-raised fish were to escape the caged aquaculture area, it would find itself unable to survive for long in the wild. Because a farmed fish doesn’t have the same genetic adaptations to the environment, they have a significantly reduced chances for survival.

In some cases, like with farmed Atlantic salmon, inbreeding with wild fish populations or competing with them for food and resources can also have a negative effect on marine fish species.

In some cases, already-sensitive aquatic habitats are used for fish farms. As just one example, mangrove forests can be used for prawn farms, which not only take away a natural habitat for aquatic species, but it can also impede local ecosystems that were dependent on the forest to mitigate floods and erosion.

In just two decades, we’ve transformed more than 238,000 hectares of mangroves—a number that will likely continue to grow as our appetite for fish does.

With these significant environmental drawbacks of eating seafood, it’s difficult to imagine a world where fish can be consumed sustainably.

While government regulations and third-party certification bodies have stepped in to attempt to transform the industry, they still have a long way to go. We’d love to know your thoughts, do you think you can be a sustainable fish consumer? Let us know in the comments below!

Clean Energy Alternatives to Oil and Why They’re Important