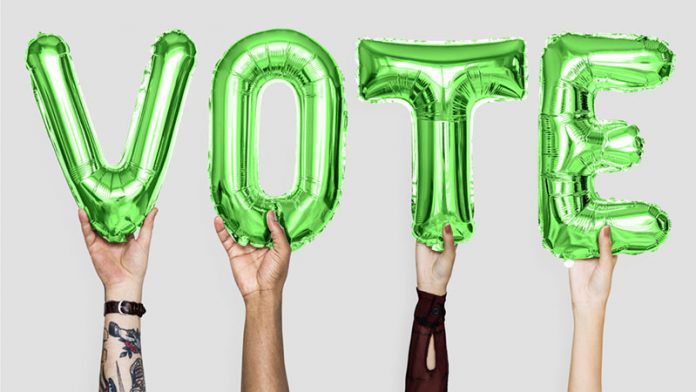 The 2020 election is long-finished, and fortunately the winner has a plan for climate change. So, we’re all done until 2024, right?

Not so fast. Voting for the environment doesn’t just happen every four years and it’s much more crucial than we may think. Here’s why voting is important for climate change, and how you can vote YES for our planet.

Climate Change is On the Ballot

Prior to November 2020, the whole world was holding their breath because of the impact our new president would have on the climate crisis.

Since 2016, there has been a decimation of environmental regulations and policies, the US pulled out of the Paris Climate Accord, and there’s been a general disbelief that climate change is in fact a real problem.

This year, more so than ever before, climate change was something on many people’s minds as they went to the polls. According to the Pew Research Center, 42% of registered voters said that climate change was very important for their votes, with that number reaching 68% for Biden supporters.

This is higher than past years because we are becoming more aware that climate change isn’t just a future threat, but it’s something that is already impacting us.

While we’ve voted for the pro-climate candidate, we have yet to see the large-scale changes that are absolutely necessary to halt global warming. Meaning that voting—and not just for the president—is more important than ever.

Article 1 of our Constitution determines that a popular vote is what would decide the members of the House of Representatives and the Senate.

Perhaps contrary to belief, the president of the United States isn’t elected by direct, popular vote, but is also determined by the Electoral College—which is a representative number of votes per state, and is loosely based on the state’s population. This method is intended to balance the popular vote with that of the state’s representatives in Congress.

What does all of this mean for us?

Well, as we’ve seen in recent years (including the 2020 election), only a small margin has determined the election.

Take, for instance, the 2000 election, in which Al Gore narrowly lost to George W. Bush. Bush won the popular vote in Florida by just 0.009% of the votes. This is just 537 votes! So, while it may seem like your vote is insignificant in the millions of votes received, realize that it may have more impact than you think—just ask the roughly 600 pro-Gore people who didn’t head to the polls in November, 2000!

While its impact isn’t as direct, your vote is important in the Electoral College, too.

In the 2016 election, Donald Trump lost the popular vote to Hillary Clinton by nearly three million votes, but Trump’s support in “swing” states like Michigan, Pennsylvania, and Wisconsin gave him a greater proportion of the Electoral College votes, and therefore won him the race.

We should pause here to let you know that, aside from Maine and Nebraska, all states have a “winner take all” system when it comes to the electoral votes.

As you can see, there are some flaws with this system—which is why some states are working towards changing the election process to instead just vote by popular vote.

And this is where your vote is important—especially beyond the primary election.

It’s Not Just the Primary Election that Matters

If you find a problem with the Electoral College—as many people do—you can vote for individual representatives who are also working to transform our voting system.

In fact, voting for local issues and local candidates who can make changes on a large scale is one of the best ways to have your voice heard.

While the hype around “Who will be president?” is difficult to turn away from to focus on other issues, there are environment-related ballots introduced all the time in nearly every state. Here are just a few that have been introduced this recently (courtesy of Outside Magazine):

Here’s the thing, people voted for the representatives who are introducing these proposals! Just think about one of the champions behind the most ambitious climate plans ever introduced (Alexandria Ocasio-Cortez, Green New Deal). Without winning NY’s 14th District election (a local election, mind you) in 2018, all that she’s accomplished would be impossible!

Why Voting is Important for Climate Change

We can compost, cut down on meat and dairy, and sip from our bamboo straws to our heart’s content, but without political activism many of our efforts are for nought.

Climate activist Josephine Ogier summarized it best in her interview with Grist: “We need climate sympathizers inside the government to get any serious work done.”

This doesn’t necessarily mean that we all need to become politicians, but it does mean that we need to all play an active role in voting for the politicians who align with our political, environmental, and social values.

74% of people aged 18-29 (USCM) would like to see local and state governments doing more about climate change. We need to make sure that we’re not only achieving that by protesting and voting with our dollar, but also getting out to the polls (especially outside of the general election).

What You Can Do to Stay Politically Involved

Instead of spending your time watching a funny cat video, check in on your congressman or congresswoman’s Twitter or Instagram to see what’s going on politically.

There are state and local races that happen every single year. They can happen in any year, and at any time throughout the year! These may include elections for mayors, judges, local officials, and ballot initiatives. The U.S. Vote Foundation is a good resource to see what elections are coming up.

It’s all too easy to be apathetic when it comes to politics. So, for people who aren’t reading the news regularly or checking in on local candidates, a regular update from you might be all they get (need) to encourage them to head to the polls come election time!

We’d love to know what you do to stay politically involved with climate change! Feel free to share any tips or thoughts in the comments below.

Are Carbon Offsets Worth Purchasing?

11 Sustainable Fitness Brands for Your Eco-Lifestyle

What is a B Corporation and Why Does it Matter?