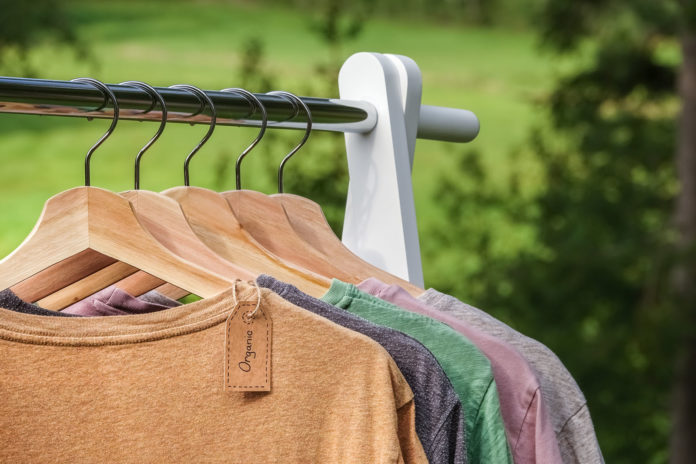 Recently, the fashion industry has taken an unfortunate and dramatic turn. With the emergence of fast fashion, clothes are designed to be sold and discarded on a seasonal basis.

If we think about the resultant increase in carbon emissions even just from shipping this clothing, we’d find that it’s harming our planet more than ever. But sadly, it’s much bigger than just shipping.

It’s not all bad news though. Today, several clothing brands have collaborated together under the Sustainable Apparel Coalition to improve the clothing industry’s harmful environmental footprint.

How did this happen? How are they helping the planet? Let’s get into the details.

What is the Sustainable Apparel Coalition?

The Sustainable Apparel Coalition (SAC) is a non-profit alliance in the industries of apparel, footwear, and textiles. It includes over 250 brands, suppliers, retailers, service providers, trade associations, nonprofits, NGOs, and academic institutions.

All of these participants work together towards a future with minimal unnecessary harm to the environment.

How Did They Launch?

Today, more than 10,000 factories abide by the regulations of the Sustainable Apparel Coalition. This way, they are able to protect their local communities and improve their social impact. Definitely an inspiring achievement when we really need it.

But do you know what’s even more inspiring? Knowing that all of this started with just two companies: Patagonia and Walmart.

Patagonia, one of the largest private outdoor clothing companies, was among the first apparel brands to showcase true environmental responsibility.

Take their mission statement for example. They work to “build the best product, cause no unnecessary harm.” That said, they have set a high bar, even for themselves. Especially since textile production produces 1.2 billion tonnes of greenhouse gas every year.

However, they were up to the challenge! Patagonia was among the first to reject fast fashion. They insist on making high-quality and long-lasting products to decrease the need for making new ones.

In 2017, they also launched Worn Wear, a platform dedicated to repairing, selling, and even recycling secondhand clothes.

Walmart: A Giant Ready to Invest

Despite being the world’s biggest retailer, Walmart was far behind in the race of environmental responsibility. Between 2005 and 2010, Walmart reported an increase in its greenhouse gas emissions by 14%.

Luckily, they were ready to change. They launched their own sustainability program aiming for three goals: creating zero waste, operating on renewable energy, and selling sustainable products that preserve the planet’s resources.

Just like Patagonia, they successfully made positive impacts. For instance, in 2012, they established 6 new solar installations in Colorado with a yearly capacity of 3 million kilowatt-hours.

Later in the same year, Rob Walton, Walmart’s chairman at this time, donated $27.5 million to the Global Institute of Sustainability at Arizona State University.

Patagonia and Walmart: The Handshake

By looking at their efforts, it was becoming evident that Patagonia and Walmart would work towards leading the sustainability initiative. But no one could’ve expected that they’d do this together!

I mean, on one side, there was Patagonia, a world-leader in eco-consciousness. On the other side, there was Walmart, a massive giant with a typical corporate profit motivation and disregard for the environment.

By 2009, when Walmart was starting to develop awareness toward the environment, they turned to Patagonia for help. It all started when Walmart invited Yvon Chouinard, the founder of Patagonia, to speak about sustainability at one of their conferences.

Both parties had a positive experience. This led them to communicate further until they reached an agreement.

They wrote a joint open letter to nearly all of the CEOs of global apparel, footwear, and textile companies. It was an invitation for collaboration on developing some kind of a universal index with which they can measure their environmental impact.

And that’s when their most important achievement, the Higg Index, came to light.

Simply put, the Higg Index serves as a playbook for the clothing industry.

For a company to be considered “eco-friendly”, it has to go through a meticulous process. Supply chains can be extremely complex to trace. There’s no one simple switch that can be turned off to make things better.

The Higg Index helps with this. Through its product, facility, brand, and retail toolkits, this index systematically analyzes the processes to figure out where change can happen.

As I said before, the Higg Index was able to help around 10,000 factories as of now. This has shown a notable positive improvement in the overall index scores.

Best of all, Walmart officially announced that by 2022, all of its US stores won’t work with retailers who don’t adhere to the Higg Index.

Shocking Facts about the Environmental Impacts of the Clothing Industry

Do you know how bad the fashion industry is to our planet? How much damage can shirts and dresses do anyway? Well, it turns out that they can do a lot!

The clothing industry was revealed to be the second-largest polluter in the world after the oil industry.

The worst thing about fashion is how vast and complicated its supply chains are. The process starts with collecting raw materials from which factories would make textiles and garments.

Then, production is shipped worldwide to retailers to end up sold and inevitably disposed in landfills once consumers get tired of their pieces…we’ve all been there!

Analyzing every step of those systems holds massive disappointment. Take the agricultural aspect, for example. Cotton, which is used in most garments, consumes around 10% of the worldwide agricultural chemicals and 25% of pesticides.

Furthermore, it takes about 5,000 gallons of water to make one T-shirt and a pair of jeans out of natural cotton. That’s a lot of water when you consider how often people buy new clothes.

What about the alternatives? Not much better. Polyester, used in roughly 60% of our clothing, emits 2 to 3 times more carbon when compared to cotton.

And it actually gets worse. Since polyester is a type of plastic, washing these clothes sends about 500,000 tons of microplastics per year into the ocean.

The recent fast fashion trend of making more affordable, less sustainable garments have only made the environmental impacts worse. The US alone generates over 15 million tons of textile waste per year!

Despite all of the negative statistics that can be discouraging, we still have a chance to save our planet.

And I’m not just talking about big organizations like the Sustainable Apparel Coalition. Yes, they’re doing a decent job of applying the right regulations on companies and factories. But as long as these companies have a growing market, nothing will change.

True change won’t happen unless we change our consuming mentality. Take action now to buy less, and only when you really need it. Encourage your family and friends to say no to fast fashion, buy secondhand, and support eco-friendly brands when you do need new items.

Our planet needs all the help it can get, and we can make truly positive changes starting with our wardrobe choices.

7 of the Best Reusable Produce Bags