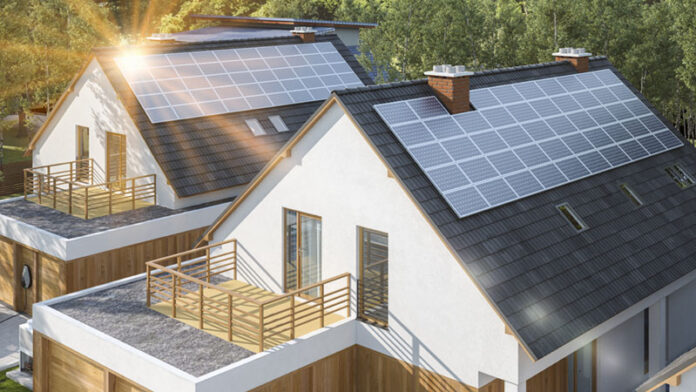 Perhaps you’ve seen them on your neighbor’s roof, while driving by a solar field, or on that cool new solar-powered charger you got for your next eco-tourism vacation. Solar is in—and it’s continuously becoming more accessible. You’re likely one of many who’s considering solar for your home. We’ll answer some questions so that you know where to start.

Solar For Your Home: Why?

According to Energy Sage, there are several top benefits of solar energy (although we’re sure there are even more!):

Solar For Your Home: What?

Let’s get into it, how does solar work?

There are two ways we can harness the power of the sun and transform it into energy, and you’re probably more familiar with one of them.

PV, or photovoltaics, is the type of panel that is commonly found on rooftops or in fields. When the sun hits the panels, photons in the sunlight are absorbed in the panel’s cells, which then creates a field of electricity that flows between the layers of the panel.

CSP, or concentrating solar power, on the other hand is what’s used by large power plants. It uses large mirrors to reflect and concentrate the sun’s rays in receivers. Here, the solar energy is converted to heat, which is then used to create electricity. As you might imagine (especially when you think of possible complaints from neighbors), this isn’t a suitable solar system for residential use.

Solar For Your Home: Where?

Next, you’re probably wondering if your home is suitable for solar panels. There are a few main things to consider here:

If you answered “no” to all of the above, and even if you don’t live in a Southwestern state that gets an abundance of sunlight, it’s likely that you’re a good candidate for solar panels!

Fortunately, the requirements of solar panels are few. Most notably, you’ll just need a durable roof that is relatively young and is not in need of repairs or replacements.

Then comes the sunlight considerations. Generally speaking, south-facing roofs work best. However, solar systems have been known to work well in even low-light conditions, so unless you have excessive shading, you likely have a solar-ready roof.

For some added peace of mind, you can also check out Google’s Project Sunroof, which estimates how much sun your roof will receive and how much you can save with solar! The U.S. Office of Energy Efficiency & Renewable Energy also has resources available to find your Solar Rooftop Potential.

Solar For Your Home: When?

Let’s modify the popular Chinese proverb to instead read, “The best time to plant a tree (install solar) was 20 years ago. The second best time is now.”

If solar energy has been on your mind recently, quell the time and money investment concerns and just do it!

In 2020, the average cost of a 6-kilowatt residential system was around $16,860 (before tax rebates). If that induces a bit of sticker shock, consider this: the cost of solar has continuously dropped in recent years (now 70% less than it was in 2010).

With thoughts of the potential for continued savings later down the road, some people have decided to wait. However, the continued savings aren’t that significant (roughly a hundred dollars for every year that you wait). Considering the rise in utility prices (around a 30% increase every year), chances are that waiting to save will actually cost more in the long run.

We’ve said it before, and we’ll say it again. Go solar now. 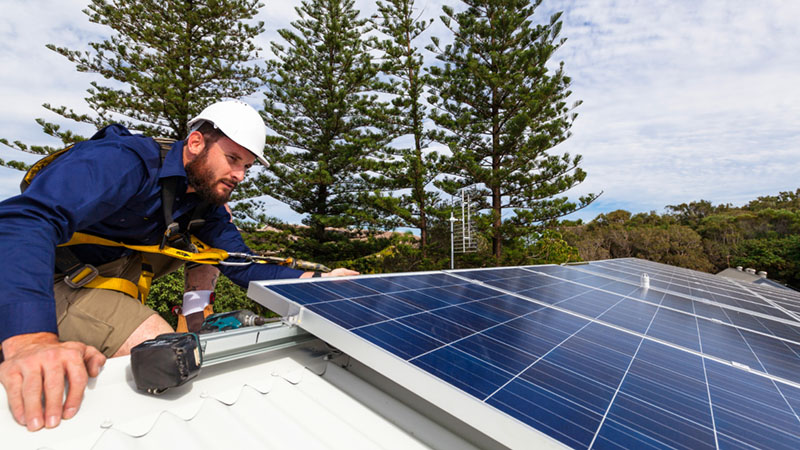 Solar For Your Home: How?

Now that we’ve convinced you to embrace the growing solar movement and take advantage of a solar system for your home, let’s dive into exactly how to make it happen.

As one of the biggest concerns for people when they consider installing a home solar system, let’s get into the financial side of solar. There are a number of ways you can take advantage of savings for your new solar panel system. Here are just a few ideas:

The Sun is Always Shining

Between growing concerns about our changing climate, new technology, decrease in the price of solar panels, and new community-based and government incentives, getting solar for your home has never been easier.

We hope this article inspired you to make a move and make it happen! If you’ve gotten solar installed, let us know any tips or advice in the comments below.

How to Have a Minimalist Wardrobe and Maximum Style