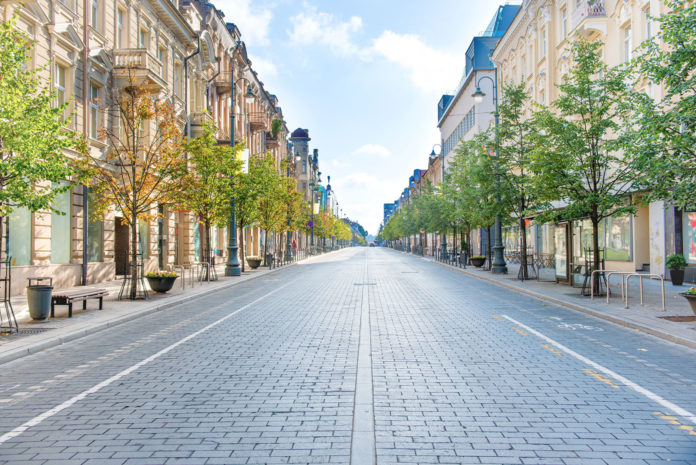 As I was talking with my neighbor friend Lauren (in our own yards, socially distanced, of course), we began discussing the possible positive environmental impact from COVID-19 that we’ve heard about from everything being at a standstill.

I want to preface this article saying there is nothing positive about a pandemic impacting the entire world’s population and shutting everything down. Working in healthcare, this circumstance has ramped up my anxiety quite a bit, and I don’t want this article to look like I’m minimizing the severity of it.

However, since this is a website about sustainability and the environment, I was interested in looking at some of the environmental news and data that has come out in recent weeks. Here’s what we’ve seen so far:

According to the New York Times, because car traffic has decreased significantly, air pollution has also dropped. An emssion-detecting satellite has found “huge declines in pollution over major metropolitan areas, with traffic in multiple cities (San Francisco and Seattle) falling nearly 40%.”

The NYT report also noted that researchers at Columbia University noted a carbon monoxide emissions decline of over 50% compared to typical levels, linked to the drop in car traffic across the city.

And in India, NPR reports that their cities can now see clear blue skies for the first time (as opposed to the usual hazy, gray sky) due to the dramatically reduced air particulate matter from cars and factories. As India began its lockdown, the Air Quality Index in Dehli dropped to as low as 45, compared to last year’s 160.

And in China, the BBC states that emissions fell 25% at the start of 2020, and the proportion of “good” air quality days was up 11.4% in 337 cities across China, according to its Ministry of Ecology and Environment.

These are just a few instances of cities and countries out of so many worldwide that have seen significantly reduced pollution levels. It’s been an interesting dive into the unintended environmental benefits of the mass stay at home orders.

But Will These Changes Last?

Once things go back to normal and everything opens back up, with cars back on the road and and factories getting back to production, scientists don’t believe we’ll keep seeing these much lower pollution numbers.

What I am really hopeful about, though, is that this has increased peoples’ awareness about climate change who might not otherwise have given it a thought. Actually seeing changes like blue skies, clearer water and cleaner air helps us all see the impact of our day to day emissions and may help us think a bit more about our impact. I know that I’ll continue to use my car less and be much more mindful about cutting back on unnecessary purchases.

While one person making small changes like this might seem inconsequential, it’s my hope that this crisis helps increase more individuals’ awareness to make similar small, positive changes. In the end, the more changes we all make do add up. Another possibility, according to the BBC, is that studies have shown that “times of change lead to the introduction of lasting habits,” which can include cutting down on food waste, working remotely more often, and driving less often.

And with new research coming out now about the health benefits of cleaner air (and the increased health risks of pollution), I think it’s well worth taking some of these changes into consideration.

Rain Barrel Basics and Their Benefits