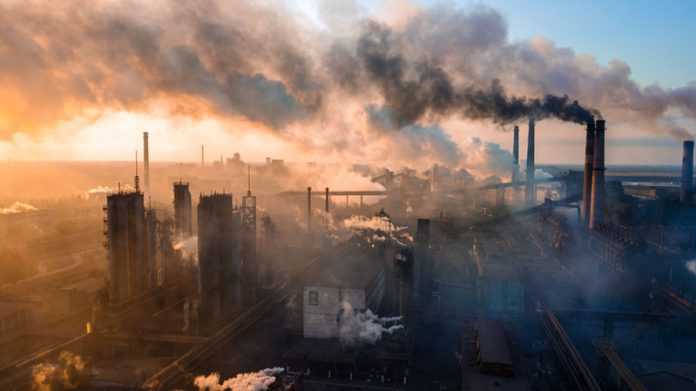 Carbon, a basic and natural element, is all around us. So, why do carbon emissions have such a sinister connotation? The prime focus of carbon emissions is carbon dioxide, which, in surplus, can and will wreak havoc on the environment. It is a vital proponent of current and future climate change rates.

For a better understanding, continue reading about what carbon emissions are, why they matter, and how you can make changes to reduce them.

What Are Carbon Emissions?

The focal point of carbon emissions is carbon dioxide. The natural release of carbon dioxide occurs in many ways; the largest emission occurs in the exchange between the atmosphere and the ocean. Plants, animals, and even humans naturally emit carbon too.

Whenever we, or other animals, exhale, we release carbon dioxide in exchange for clean oxygen. The organisms that aid in plant and animal decomposition also produce carbon emissions as they exert energy. Nature and the environment work to maintain a balanced level of carbon emissions. Plants, for example, absorb carbon dioxide during photosynthesis. In general, nature filters carbon dioxide through the soil, water, and air.

Humans, unlike nature, don’t have a set way of life. Instead, we innovate and industrialize through extracting and burning fossil fuels such as coal. As a result, we emit more carbon dioxide into the atmosphere. While nature organically works to balance carbon emissions, humans actively cut down the most significant natural source; trees.

We consistently bulldoze forests and expansive tree sites to make way for agriculture and other developments. Bit by bit, we reduce the largest source of carbon dioxide filters. In fact, we replace those filters with more carbon emissions by burning or leaving the trees to decompose.

It’s not just the big-ticket items like deforestation and fossil fuels that increase carbon motions though. There are many day-to-day activities and habits that we perform and indulge in that emit carbon emissions too, such as throwing out unnecessary items, buying from mass-producing companies, driving, and eating meat.

Why is More Carbon Dioxide in the Atmosphere Bad?

Carbon dioxide in naturally occurring levels is standard because nature works to absorb it and create a healthy balance. Too much carbon dioxide throws nature out of whack. The element helps absorb radiation and keeps heat from escaping the atmosphere.

When there’s a carbon dioxide surplus, the element’s natural purpose is emphasized to an extreme, leading to increased temperatures and unusual weather patterns, otherwise known as climate change. While carbon emissions are not the only cause of climate change, they are the most plentiful.

Disrupted weather patterns and increased temperatures may not seem so bad at first glance. Don’t let the simplicity fool you, these effects are dangerous for the environment and human existence.

Ultimately, these climate changes will alter the future of the planet as well. Increased sea levels may lead to submerged cities or states that reside below or at the current sea level. Similarly, hazardous weather events may make a range of locations uninhabitable and may kill off plant and animal species in the process.

How to Reduce Your Personal Carbon Emissions

Since we, humans, are the biggest cause of increased carbon emissions, we can and should work to reduce them. Even small changes to your lifestyle or replacing products you buy with more environmentally friendly options can help you reduce carbon emissions.

To learn about specific ways in which you can help make a difference, read about the following methods you can implement and products you can purchase:

Deforestation is a leading cause of increased carbon emissions. This particular problem is an emphasized threat in large tropical rainforests such as the Amazon. Deforestation may seem like a large aspect of carbon emissions to reduce, but you can start to tackle the problem by buying Rainforest Alliance products.

Use Alternative Modes of Transportation When You Can

Another source of increased carbon emission is vehicle exhaust and gasoline. Every time you get in your car and turn your key, you emit carbon dioxide into the atmosphere. With the number of automobiles in the world, their daily-use, and our dependence on them, carbon emission adds up.

To help reduce emissions, you can make simple changes to your transportation. Instead of taking your car for a quick trip to get coffee or pick something up, take a walk or ride your bike. If you’re going to meet friends for drinks or want to hang out, carpool to reduce emissions or hop on a mode of public transportation to get there instead, such as a bus.

Whatever you do, try working at least one alternative mode of transportation into your weekly schedule. Try dedicating one or two days out of the week to trying out the alternative method or make sure you use it at least once a day.

If riding a bike to work twice a week isn’t for you, you can still make an impact with a fuel-efficient car. In modern times, manufacturers are producing more and more fuel-efficient and electric cars that reduce carbon emissions greatly compared to typical vehicles. The Environmental Protection Agency has a list of comparative green vehicles to browse if you choose.

Landfills, those mountains of waste consisting of carbon dioxide and methane emissions make it a large proponent of climate change. Garbage that sits in landfills across the world festers and decomposes, resulting in the release of copious amounts of carbon dioxide. To reduce landfills’ impact on the environment, you can start recycling and repurpose things you would otherwise toss in the trash.

The idea of recycling extends beyond just water bottles and other recyclable plastics to clothing and household objects. No, you won’t dispose of these material possessions in a blue bin. Instead, you can take them to second-hand stores such as Salvation Army, Goodwill, Plato’s Closet, and others alike.

Donating the belongings you no longer need gives other people a chance to use them, get more out of their life expectancy, and keeps unnecessary items from the landfill. Similar to recycling clothes and possessions, you can repurpose those that you consider throwing out or recycling.

For example, say you find an old t-shirt you don’t care for anymore. Instead of throwing it in the garbage or the donation bag, consider repurposing it for a new use. You can cut the fabric up into squares and use them to replace disposable napkins or paper towels. You can cut and sew the shirt into a new style. You can use the material to create a fun print to frame.

Before you throw something out, think of what more it has to offer, either to you or someone else. Then, either repurpose or recycle the item as you see fit. Saving your possessions from the trash is a small gesture that will add up to save a large amount of unnecessary waste from landfills.

For hardcore carnivores, changing your typical diet might be hard but, you don’t have to drastically alter your diet. You can start by making slow changes, such as Meatless Monday, to curb the amount of meat you consume each week.

You don’t have to consume vegetables if you don’t want to; there are plenty of tasty meat-substitute products on the market to satisfy your carnivorous cravings, such as Gardein and Beyond Meat items. Of course, you don’t need to resort to these alternatives entirely. The crucial meat products to cut out are red meat, so you can still indulge in chicken while reducing your carbon footprint.

To further minimize your meat intake, you can turn to fish instead. Fish, along with chicken, don’t produce as much carbon dioxide as beef and lamb products. Not to mention, fish such as salmon have beneficial nutrients to sustain and improve your overall health.

Another way to change your standard diet is to buy local foods. Local farms and establishments don’t produce nearly as much carbon dioxide as large, brand-name, mass-producing sites. Buying local not only reduces your carbon emission impact but supports small businesses in the process (and tastes much better!).

Get to the Bottom of Sustainability with 8 Eco-Friendly Diapers

10 Eco-Conscious Companies that Support 1% for the Planet

Sustainable Palm Oil: Is It Possible?

Hosting an Eco-Friendly Party: 8 Tips to Add to the Guest...

What is Homesteading and What Can We Learn from the Movement?

What is “Zero Waste” Anyway?